BESIX Foundation and the King Baudouin Foundation are joining forces to encourage educational projects for children from disadvantaged backgrounds. The objective: To bring these children into contact with adults who are passionate about their work. To convince the children that they too can make it into such jobs. A call for projects, aimed at schools, with a budget of 50,000 euros, is being launched this Tuesday 26 March. Selection will start in June 2019, with implementation from the beginning of the 2019-2020 school year. This is how BESIX has chosen to celebrate the 10 years of BESIX Foundation.

BESIX Foundation has opted to encourage out-of-school activities for children from disadvantaged backgrounds, in particular those aimed at building links between children and the world of work. Five years ago already, the Foundation launched its KiddyBuild programme, which enables 5th and 6th year pupils (age 10 to 12) to discover the construction trades in outings to building sites. This programme has generated real enthusiasm among teachers. These activities open the children's horizons to the professional world and arouse in them a desire, a passion and above all the conviction that, despite their difficult situations, they too can work in attractive trades. Today BESIX Foundation wants to go one step further. To mark its 10th anniversary, it is making a budget of 50,000 euros available to teachers or associations wishing to take a similar initiative, but lack the resources to implement it.

BESIX Foundation has tasked King Baudouin Foundation with launching on 26 March a call for "projects of general interest designed to awaken students aged 8 to 14 to their potential by meeting passionate professionals". The selection criteria specify that the beneficiaries must come from Belgian schools in priority education zones. An independent board will select a maximum of 10 projects. These will be announced at the end of June 2019 so that schools can launch them in September.

"At BESIX, we are entrepreneurs, engineers, architects and developers," comments Frédéric de Schrevel, President of the BESIX Foundation. "These are long-term trades, that sustainably shape people's living environments. It is natural for us to be aware of our responsibility. When all is said and done, it's not just buildings that we construct. That's why we're putting a lot of effort into education. Helping a small number of vulnerable children to build up confidence in their future is the most precious foundation stone we can lay."

In Belgium, 18.5% of children under 15 are at risk of poverty. For children like this starting their lives in precarious situations, the obstacles to personal and professional growth – poor language skills, lack of training or even unemployability – can be insurmountable. These obstacles are often reinforced when children are of immigrant origin. Economic precariousness is often accompanied by discouragement and loss of self-confidence. Young people no longer believe in themselves.

According to a study by the Belgian Statistical Office (Statbel), more than 30% of these children are deprived of recreational activities outside their home. This confirms the observation by the European Anti Poverty Network (EAPN) that "poverty often excludes children from the social, sports, recreational and cultural activities that are the norm for other children". It is precisely these out-of-school activities that are necessary for their development, helping them to become aware of their potential and better understand the world in which they are growing up.

10 years of commitment to education

Created in 2009, BESIX Foundation funds non-profit organizations in countries where the group operates. For example, in Cameroon, where the ADD Family Agricultural School opened in 2015, offering dual (work-study) apprenticeship courses. BESIX Foundation financed the construction of the classes and the dormitory, the drilling of a well and the site's connection to electricity.

Another example is in Belgium, where BESIX Foundation has been supporting the TADA association since it was made famous for being visited by President Emmanuel Macron in November 2018. Young Brussels residents from disadvantaged neighbourhoods participate every Saturday morning in introductory workshops led by professionals: journalists, lawyers, engineers, chefs, etc. In addition to funding from BESIX, many BESIX colleagues participate in the activities of the association.

In all, over 10 years, the Foundation has supported more than 240 voluntary organizations with more than 4 million euros.

It has also set up its own projects, including the highly successful KiddyBuild. Launched in 2014, this initiative has already enabled 1,300 schoolchildren to visit BESIX building sites and to discover the various building trades and, especially, to meet with people practising them. "For real," as the children would say.

About the King Baudouin Foundation

The King Baudouin Foundation is active both in Belgium and internationally. Its objective is to contribute both through reflection and action to positive changes in society. In 2017, the foundation allocated 44 million euros to 2,286 organisations active in areas such as poverty alleviation, health, development, social commitment and heritage. It was created in 1976, on the occasion of the 25th anniversary of King Baudouin's reign.

BESIX Group SA is a global player and the leading group in Belgium in the field of construction. Active since 1909, the group is based in Brussels and operates in Europe, the Middle East, Oceania, Africa, North America and Asia. Its achievements include the Burj Khalifa in Dubai, the world's tallest tower, the buildings of the European Parliament in Brussels, and the Grand Egyptian Museum on the Giza pyramids plateau.

In the environmental field, BESIX took part in in the construction of the Carpe Diem tower , in the Paris district of La Défense, the first high-rise building in the world to obtain book LEED Platinum and HQE certification. It also took part in the construction of the world's first energy-neutral tunnel in the Netherlands. In Western Europe, the group and its subsidiaries build many advanced buildings, including passive ones. In the Middle East, BESIX builds, manages and maintains leading infrastructures for waste recycling and water treatment. It will be erecting many buildings on the site of the World Expo 2020 in Dubai. These include the pavilions of Belgium and France. 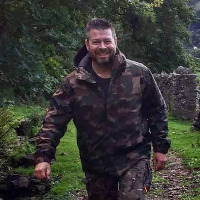